French Bulldogs and Pitbulls are two of the most popular dog breeds in America. Are they related? Surprisingly, there is a bit of a history between these two breeds that may answer this question.

Through an investigation of their shared past, we will find out if French bulldogs and pit bulls have any common ancestry or not.

There is more to this answer, so keep reading to learn more about French Bulldogs and Pitbulls.

Are French Bulldogs and Pitbulls Related?

No, French Bulldogs and pit bulls are not related. They may look similar at first glance but they have many differences that separate them from each other. There is a bit of history between these two breeds so let’s get started! Are you excited? I know I am… Let’s begin!

The pit bull is a descendant of the English bull-baiting dog, which was bred to bite and hold bulls, bears, and other large animals around the head and the Bulldogs also have old English Bulldogs genetics in them.

The muscularity of both the American Bulldog and the American Pit Bull Terrier is remarkable. The muscles of a Pit bull are generally more obvious. Both are broad.Pit bulls have a short, glossy fur coat that is similar to the French Bulldog’s coat.

However, their color is quite similar to a fawn color and may be identical in hue and appearance with the French Bulldog The fur of the pit bull is difficult to the touch.

Yet it does have some resemblance to the French Bulldog’s coat. Because American Bulldogs are often white due on account of their historical coloring.

The head of the French Bulldog is square, while that of an American Pit Bull is somewhat tapered.

The position of the ears is also very similar. The ears of the French bulldog fold over frequently but are normally standing up and are known as bat ears, but those of the pit bull will usually be folded down and will rarely stand up on their own.

The eyes of the pit bull are generally round in shape, while those of a French Bulldog may be more angled.

French Bulldogs have short tails that curl up over their backs or down towards their legs.

Pitbulls also have equally similar tail features to Frenchies but they do not usually get them naturally- they need to be docked to look like that.

French Bulldogs and Pitbulls are both high energy dogs.

They are excellent family companions that love children. They prefer not to be kept outside in a kennel environment but would rather live inside with the family.

They are very intelligent and learn quickly, yet they can also be stubborn which makes it difficult to train them. They do not respond well to harsh training methods so a more positive approach is best with these dogs.

French Bulldogs have an easier time being housebroken due in part to their smaller size but they both require lots of attention and activity during the day.

They should also never be left unattended around small children as neither dog has an off switch for their playful behavior, which can lead to injury and accidents.

Both breeds can be challenging to train but are capable of learning a variety of tricks, mostly due to their high level of intelligence and strong desire for human attention.

Both breeds also love water, which can make bath time much more fun if they like to play in the tub with you!

French Bulldogs and Pitbulls are both very loyal dogs. They do not like to be left alone for long periods of time, so they get depressed easily which can lead them to become destructive around the house.

They form strong bonds with their families and will protect them at all costs- even if it means putting themselves in harm’s way.

They are natural guardians and can be very protective of their family members, but they also get along well with other pets if raised together from a young age.

Both breeds typically have a serious demeanor when strangers come to the home because they take their job as protector seriously.

Both breeds are more suited for active families that can give them the attention they crave.

The French Bulldog and Pitbull both need you to be patient when you train them because they can be a little stubborn.

French Bulldogs and Pitbulls may be different in some ways, but their similarities far outweigh any differences!

They have similar temperaments which makes both of these breeds great family members…when raised with children from a young age!

Pitbulls are also stronger than French Bulldogs and are more suitable for you if you want your dog to accompany you for a run or a hike.

The French Bulldog was developed in England as a tiny replica of the Bulldog.

The existence of the Bulldog in France is historically linked to the lace-making industry in Nottingham, which was flourishing at the time.

When many laceworkers departed for better prospects in France, they took their tiny bulldogs with them.

The French Bulldog’s appeal was quickly picked up by Americans, and he flourished in France and Europe.

The first French Bulldog was exhibited in the United States at the Westminster Kennel Club show in 1896.

The breed was given the name “Frenchie” soon after their creation, and it is still a loving term today.

The pitbulls have quite a history as well and in order to understand the breed, you need to know more about their history so let’s get to it.

In the early 1800s, bull- and bear-baiting were popular spectator sports in England. When bullfighting and other similar activities were prohibited in 1835, dog fighting emerged as a replacement — and thus was the disposition for aggressive dogs bred into the genetic line..

Another element of this breed’s genetic makeup is that it does not like to bite people. Handlers entering the dog-fighting rings wanted to be able to separate dogs without getting harmed themselves, so they started reaching into the pits. The breed quickly gained a reputation as a powerful and protective dog with a side that was considerate and family-friendly.

These “bull dogs” were employed by settlers to accompany immigrants to the United States. They hunted wild game, guarded the farm against intruders, and offered companionship in their new professions. The settlers created a bigger dog than it was previously in England, according to the “bigger is better” thinking prevalent in their new nation.

The American Pit Bull Terrier was named by the UKC, Britain’s equivalent of the AKC, in 1898. The breed was acknowledged by the AKC in the early 1930s – but under a new name. With an eye to distancing it from its pit-fighting history, the AKC christened it the American Staffordshire Terrier

Are Pitbulls better than French Bulldogs?

What is The Closest Breed To a French Bulldog? The Bullmatian is a hybrid between the Bulldog and the Dalmatian dog breeds. These dogs acquired some of their parents’ finest traits, including love, energy, and friendliness. Bullmatians are excellent… 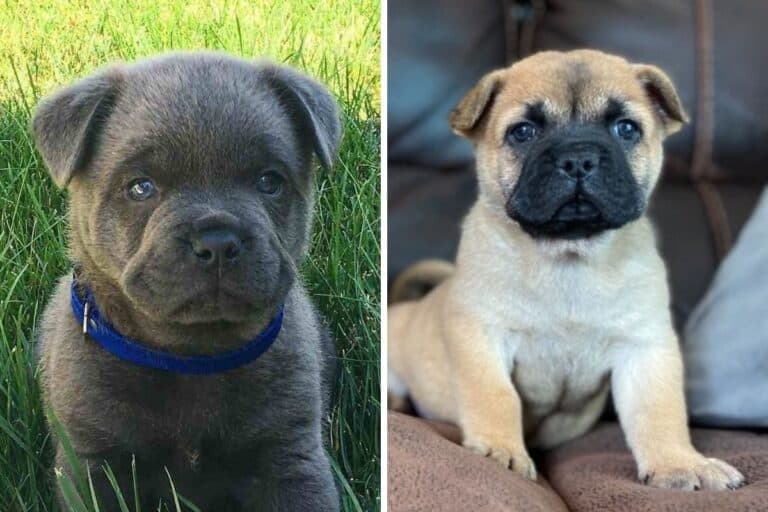 French  Chows are affectionate and kind members of a home as well as good companions, despite their ferocious defense of territory or loved ones. They’re usually not extremely excitable or…

The french bulldog is one of the most popular dog breeds in North America. They are also one of the only breeds that cannot reproduce without human intervention. If you’re… 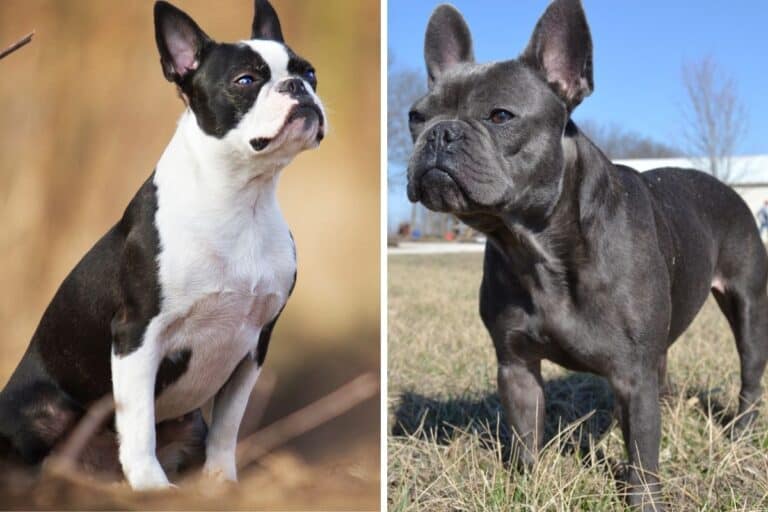