IF you have a Frenchie, you must have heard that they dock or remove Frenchie’s tails altogether. Docking is the process of removing parts of an animal’s tail. Tail docking can be accomplished in one of two methods.

The first involves using a rubber band to cut off the blood flow to the tail for a few days until it falls off.

The second method is cutting the tail off using medical scissors or a knife. Tail docking length varies by breed and is frequently defined in the breed standard.

So, Do they cut Frenchies’ tails?  They don’t typically cut Frenchies’ tails, although it can happen for cosmetic or health-related reasons; Like other breeds, French bulldogs are born with tails, yet they have extremely short tails that sometimes look docked or cut off.

Continue reading this article to know whether they cut Frenchies’ tails, all about tails health issues, docking, and how it affects dogs.

Do They Cut Frenchies’ Tails?

The tails of French Bulldogs are not docked or chopped off; Frenchies are born with a very short tail, which is small and stumpy. Some are screw-shaped, while others have little bends and are short and straight. Early breeding has resulted in an unexpected tail.

The tails of French dogs aren’t docked or shaved. However, there have been claims that certain breeders or dog show owners have used “customization” on occasion.

People who display their dogs tend to place a premium on looks, and they have been known to cut the tail even shorter or “tidy” it up from its natural, charming appearance.

It’s easy to tell whether this has occurred, and here’s a test you can do on any dog to check if the tail has been docked.

All you can feel is the tip of the dog’s tail. It’s possible that a portion of the tail was chopped off and removed if the last tail bone isn’t pointed.

What are the French Bulldog Tail Types?

French bulldogs have tails that come in three types: straight down and stumpy, screwed and stumpy, and thick root with a very fine tip.

According to the American Kennel Club’s breed standards, French Bulldogs can have either a straight tail or a corkscrew curve over their buttocks. It’s intended to be low and short, with the back flat.

Hemi-vertebrae is a hereditary disease that affects Frenchies with screw tails. The vertebrae of the spine are pushed together more tightly in dogs with short tails to generate that adorable little tail.

Do French Bulldogs Have Tail Pockets?

Tail pockets are the little dip just below the tail and above the rectums; they are common health issues in Frenchies. Not all Frenchies, however, have tail pockets, and pups may not have one until they are six months old.

A tail pocket is a wrinkle under the tail that resembles a face wrinkle. The pocket can’t be washed as easily as other skin because of its peculiarity. This pocket can become contaminated if not kept clean.

Because the anus is covered by the Frenchie’s tail, an infection is very easy to spread. As a result, you, as the owner, must ensure that your dog’s tail is properly cleaned on a regular basis. That is something I recommend you do every time your dog goes potty.

A tail pocket infection causes red, swollen, itchy skin as well as a foul odor under the tail, which can be treated with antibiotic creams if the illness is bacterial. It’s important to keep in mind that a French bulldog tail infection is a painful illness that, in extreme situations, may necessitate surgery.

Although the welfare and ethical problems surrounding tail docking have been thoroughly examined, there have been few controlled studies on the technique. There are few studies that compare the health and wellbeing of docked and undocked dogs, or that report on the short- or long-term effects of the operation.

When a dog’s tail is surgically amputated, the dog exhibits symptoms of acute pain.

In many species, painful stimuli during the prenatal period have been shown to irreversibly disrupt the normal development of the central nervous system and have detrimental long-term repercussions.

Excessive bleeding, infection, delayed healing, and necrosis are all risks associated with every surgical treatment. Neuromas have been linked to persistent pain, although their frequency and duration are unknown.

It’s been hypothesized that dogs with docked tails have undeveloped pelvic musculature; nevertheless, the data is inconclusive.

Incontinence is more common in dogs whose tails have been docked, although this might be related to other factors. The levator ani and coccygeus muscles may be less developed in dogs with docked tails in particular breeds.

Dogs’ tails are crucial for intraspecific communication and give information about their emotional states and social position, but the behavioral impacts of tail docking have not been well investigated.

Leaver and Reimchen9 found that a longer tail length is more successful in conveying intraspecific signals than a short tail using a life-sized remote-controlled dog model with various tail lengths.

Here are some of the countries and tail docking status in each of them.

Do all Frenchies have a tail pocket?

Not all Frenchies have a tail pocket; They aren’t a universal characteristic, although having one is more frequent in Frenchies than not having one. The presence or absence of a tail pocket varies from dog to dog, with some having highly obvious pockets and others having none at all.

Why does my French Bulldog have a tail?

Your Frenchie has a tail because they are born with them; in the past, Frenchies had longer tails. Now, they have short and thick tails as a result of selective breeding. People sought to ‘create’ a Frenchie with a short tail since they had been utilized for dog fights and bull baitings in the past.

Why does my French Bulldog have a long tail?

Your French Bulldog has a long tail due to the origin of the breed’s characteristics; The tails of Frenchie Bulldogs used to be longer than they are now. Some people consider the short tails that have been developed into modern dogs to be a deformity.

Are French Bulldogs Born with tails

Cosmetic tail docking: an overview of abuse and report of an interesting case

What are the animal welfare issues with docking dogs’ tails? 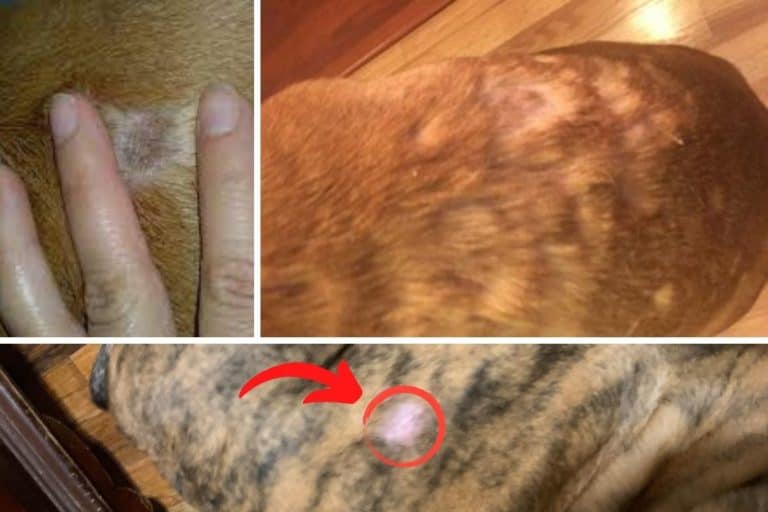