French bulldogs have very joyful personalities. They are a delight to look at, at any time, even while sleeping; they can be hilarious and cute as they have funny sleeping positions. But did you know that every position reflects something about their personality?

There are other positions that French bulldogs sleep in; each has a fascinating meaning, So continue reading to know which positions are normal and which are a cause for worry.

The interesting part is that every single position your Frenchie sleeps reflects something about their behavior and personality. Here we are discussing the most six common positions and why your dogs sleep in that way.

Usually, French bulldogs sleep on the side position when they are lazy and don’t want to do something. It’s the nap position for them!

So when you are walking around and see your dog sleeping on the side, know that he’s resting and enjoying the nap.

Some dogs use this position for sleeping a long time, and they find it more comfortable for them and feel safe.

This is the cutest and funniest position. It’s when your Frenchie has his belly exposed to the floor, and his four legs stretched out.

French bulldogs tend to use this position to be in the “ready” mode, and it’s the easiest position for them to jump out of sleep and continue playing or doing whatever action they want to do.

They don’t use this position for deep sleep, So when you catch your Frenchie in this position, know that they are ready at any time to play and have fun … Even if they are sleeping.

This is the most common position amongst dogs. It’s perfect for them in many cases, as they can quickly jump when there is something wrong around them or hear weird sounds that make them feel threatened.

And they tend to sleep in this position in cold weather, as their belly is the most of their most with the least fur, So they cover it through this position to regulate their body heat. Frenchies don’t handle the cold too well, and you can learn how to keep your French Bulldog warm in the cold weather here.

And if your dog is in a new place, he will probably sleep in this position because he is not feeling safe.

So he will not sleep in a relaxing position, exposing his belly and vital organs. Instead, he will cover them and will be nervous until he gets back home.

This is the most uncomfy position for French bulldogs.

If you catch your Frenchie sleeping this way, know that he is not having a night of quality sleep, nor is he getting a lot of sleeping hours.

That’s because this position doesn’t let their muscles be relaxed. So they will not get so deep in sleeping during this position.

#5 Snuggled Next to a Pet or Person

This position shows affection and love. If your Frenchie is sleeping on you or next to you, he is trying to show you the loyalty and love that he has towards you; he is showing that he trusts you like he is the one of the pack.

And if you have other dogs besides your Frenchie, it’s a totally cute and good gesture to sleep next to the other pet.

French bulldogs are very sociable and always want to be one of the pack, so whenever they sleep back to back with another pet in front of you, he is showing you that you belong to them, you are a very important member of his life.

Actually, it’s the most significant sign that shows how much your dog loves and trusts you. You can learn about the other ways bulldogs show love and affection here.

This position is when your Frenchie has his belly exposed and four legs up.

It’s a very adorable position, but it’s not just a funny, cute sleeping position. Absolutely not.

It reflects an interesting fact. When your dog sleeps with his belly and vital organs exposed, know that he feels 100% safe around you.

Interestingly, dogs carry their nature from the wild in their bloodlines, and they never sleep in this position outdoors or in the backyards or in any place he doesn’t trust.

So if your Frenchie is sleeping that way, he is feeling secure and safe in your home.

And the other fact about sleeping on their back is that he is feeling hot and needs to regulate his body heat.

Frenchies’ belly has the least fur, so when it’s exposed, it regulates their body heat and makes their bodies cool off.

Frenchies do like being on their back, and it allows them to cool off their bodies and regulate their heat, especially during hot weather.

And that’s because their tummy has the least percentage of fur in their body, so exposing it to the air helps them in cooling off when they feel hot.

Why does my French bulldog sleep with its tongue out?

It’s normal that your French bulldog sleeps with his tongue out and drools. It can be a bit nasty, but it’s their nature.

You should pay attention if you find his tongue out all the time, even when he is awake, or if you notice any changes in its appearance and color. Ask his doctor if this happens.

Why does my Frenchie make weird sounds while sleeping?

Your Frenchie is making weird breathing sounds while sleeping due to the position he is sleeping in that makes them snore. Move him if you want him to stop the sounds.

How much do French bulldogs sleep?

And French Bulldogs require a very long period of sleep for their physical and mental health insurance.

Why does my bulldog sleep on their back with legs in the air?

When your bulldog sleeps on their back with legs in the air, it demonstrates that he is feeling warm, so he sleeps this way to regulate and cool off his body by exposing his belly to the air.

Also, when he sleeps in this position, it reflects that he is feeling safe around you.

When do French bulldog puppies sleep through the night?

French bulldog puppies sleep through the night when they are four months old.

But you can control the timing of your puppies’ sleeping with some proactive training and patience.

Dog Sleeping positions and their meanings 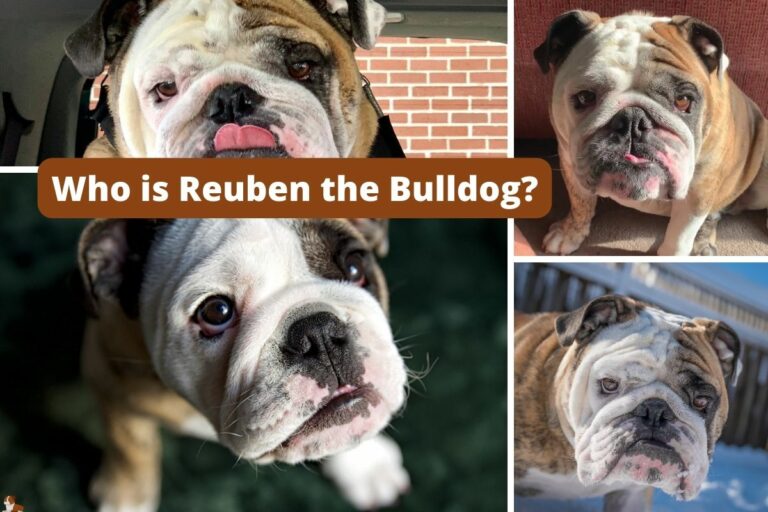 It’s no secret that some people consider Bulldogs to be ugly. Before we get all defensive, we need to know that everything in the universe can be identified as beautiful…